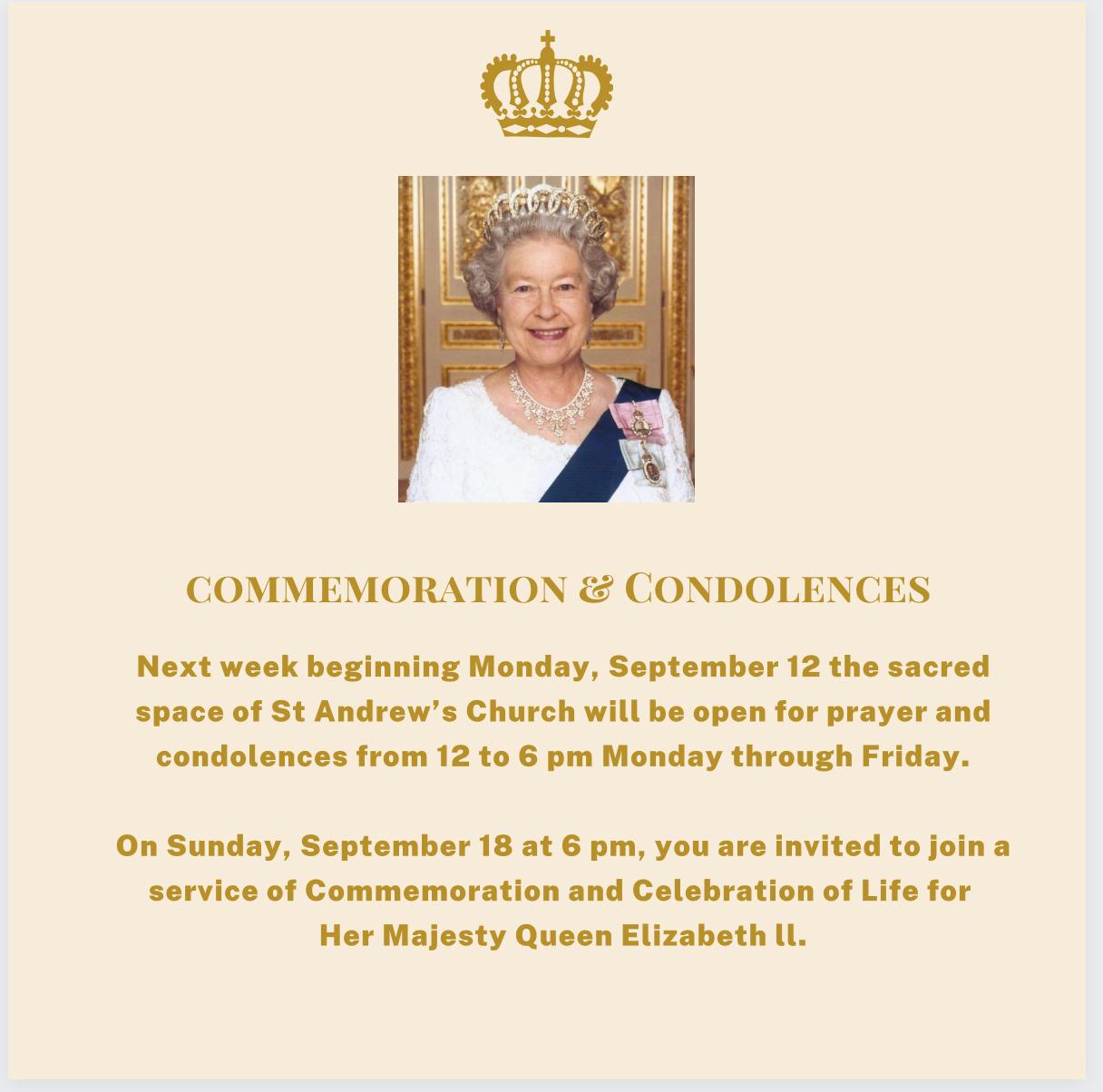 In Abu Dhabi, condolences can be given at the sacred space St. Andrew’s Church, Al Barq Street, Al Mushrif between the hours of 1200-1800 from Monday 12 September to Thursday 15 September and 1000-1600 on Friday 15 September.

In Dubai, condolences can be given at the QEII at Port Rashid every day between the hours of 1000-1800 from Saturday 10 September until Monday 19 September.

We anticipate that there may be queues at both venues so we advise visitors to plan accordingly.

On Sunday, 18th September at 6pm, you are invited to join a service of Commemoration and Celebration of Life for Her Majesty Queen Elizabeth II, at St. Andrew's Church.